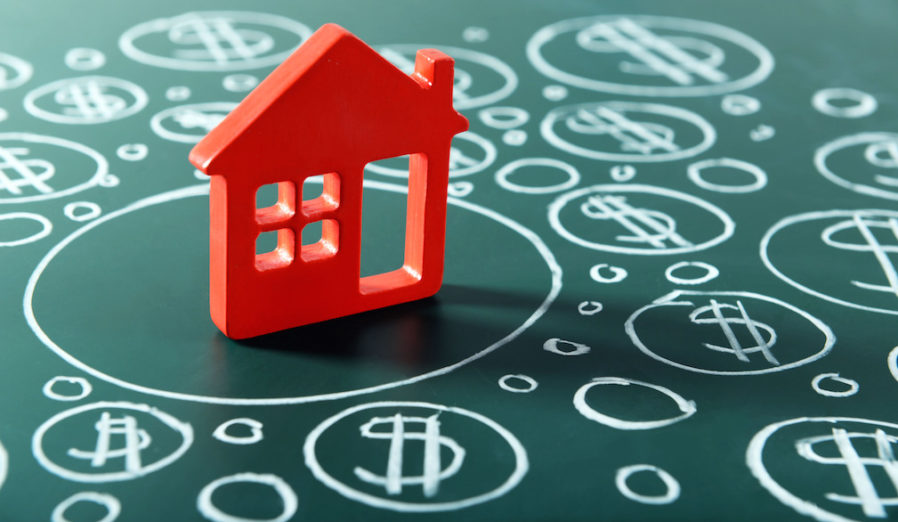 After rising constantly since 2012, are home prices now finally starting to modulate a bit? New data from S&P Dow Jones Indices and CoreLogic suggests that may just be the case.

The latest Case-Shiller Home Price Index from S&P Dow Jones Indices and CoreLogic, released Tuesday morning, shows that home prices continued rising in December, but that the rate at which they’re increasing is actually slowing down a bit.

According to a review of the data by CoreLogic Deputy Chief Economist Ralph McLaughlin, thanks to a slower December, home price growth is now at its lowest level since November 2016.

“2018 was a turning point for home-price growth in the U.S. housing market. In 2018, we saw monthly over-the-year gains in home prices grow at the slowest rate for a calendar year since 2014,” McLaughlin said.

According to McLaughlin, this year should bring more modest and sustainable levels of price growth in the real estate market.

“With inventory now rising from historic lows and price gains continuing to outpace wage growth, we should see home price appreciation settle toward more reasonable levels throughout 2019 and the remainder of this economic cycle,” McLaughlin said.

According to the report, the S&P CoreLogic Case-Shiller U.S. National Home Price NSA Index, which covers all nine U.S. census divisions, reported a 4.7% annual price gain in December, down from 5.1% in the previous month.

On a month-over-month basis, the National Index posted a decrease 0.1% in December, while the 10-City and 20-City Composites both reported 0.2% decreases for the month, but those figures are not seasonally adjusted.

“Even at the reduced pace of 4.7% per year, home prices continue to outpace wage gains of 3.5% to 4% and inflation of about 2%. A decline in interest rates in the fourth quarter was not enough to offset the impact of rising prices on home sales,” Blitzer added.

According to Blitzer, the monthly number of existing single-family homes sold dropped throughout 2018, hitting an annual rate of 4.45 million in December.

“The housing market continued to lose steam as it cooled off in December,” Trulia Chief Economist Issi Romem said.

“This happened amid the sharp stock market selloff at the time, and the heightened concerns it brought on with respect to the future path of interest rates, but it is also in line with the housing market's slow pivot into cooler territory,” Romem added. “Existing home sales, which typically lead home prices, have been slowing down for months, and are gradually manifesting in slower housing price appreciation as well.”

Romem’s thoughts echoed those of McLaughlin.

“Why is home price growth continuing to cool? A few reasons. First, mortgage rates hit near-term highs back in November, which likely limited homebuyers’ borrowing power for home purchases that closed in December,” McLaughlin said. “Second, inventory is finally rising after sinking to historic lows last year, which is helping ease what has been a fiercely competitive market over the past few years. As a result, we expect January’s S&P CoreLogic Case-Shiller National Home Price Index to slow to under 5% growth year over year.”

Ben Lane is the Editor for HousingWire. In this role, he helps set a leading pace for news coverage spanning the issues driving the U.S. housing economy and helps guide HousingWire's overall direction. Previously, he worked for TownSquareBuzz, a hyper-local news service. He is a graduate of University of North Texas.