High student loan debt is one main culprit for the lower rate of homeownership over the past decade, a new study from the Federal Reserve shows. 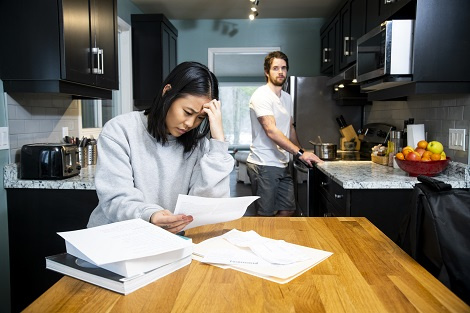 Homeownership of all Americans has fallen 4 percentage points from its peak of 69 percent in 2005. It has dropped the most—from 45 percent to 36 percent—among those 24 to 32 years old.

“In surveys, young adults commonly report that their student loan debts are preventing them from buying a home,” Fed researchers Alvaro Mezza, Daniel Ringo, and Kamila Sommer write in the paper. “Our estimates suggest that increases in student loan debt are an important factor in explaining their lowered homeownership rates, but not the central cause of the decline.”

The Fed’s paper did not identify the other causes for the decline in the homeownership rate among younger adults. Researchers attributed about 20 percent of the drop in the rate to high student loans.

Every increase of $1,000 in debt contributed to a 1- to 2-percentage-point drop in homeownership, the study finds. Researchers note that this equates to about 400,000 people who otherwise would have expected to own homes but have not because of their student loan debt.

“This finding has implications well beyond homeownership, as credit scores impact consumers’ access to and cost of nearly all kinds of credit, including auto loans and credit cards,” the researchers noted in the report. “While investing in postsecondary education continues to yield, on average, positive and substantial returns, burdensome student loan debt levels may be lessening these benefits.”

The National Association of REALTORS® has also conducted studies showing the impact student debt is having on delaying homeownership. A 2017 NAR study found that student debt delayed homeownership by about seven years. It also had an impact on the rest of young adults’ lives, such as holding millennials back from making financial decisions and reaching personal milestones, such as changing careers, continuing their education, marrying, or even having children.